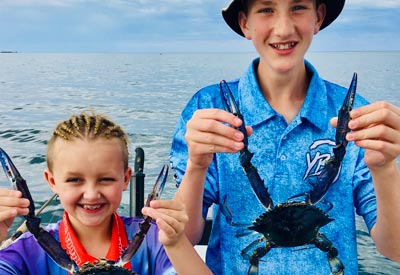 Edithburgh is known as a fisherman’s delight, with huge schools of mullet, Yellowfin and King George whiting to be found in the pristine waters. Sultana Point offers beach fishing for both the young and old alike. The land-based angler can enjoy many hours of fishing off Edithburgh’s main jetty with plenty of squid, tommies and whiting to be caught. In the summer months venture down to the old ‘Fishermans’ Jetty heading towards Sultana Point and cast in a few crab nets for a feed of Blue Swimmer crabs. An all-weather modern boat ramp is located next to the caravan park making it easy to venture out to deeper waters in search of King George whiting, snook, squid, garfish and flathead.

The Tidal swimming pool set in a rocky cove provides an ideal location for families with young children to swim in the shallow waters. The outer area of the tidal pool has deeper waters, and a pontoon for the adventurous swimmer.

Travel around the beautiful coastline to Wattle Point, Goldsmiths through to Kemp Bay and enjoy miles of beautiful white sand, making them extremely popular with beachcombers. Fish off the beach or just take a long walk on the pristine white sand that seems to go on forever, sometimes you can have the whole place to yourself….just paradise! 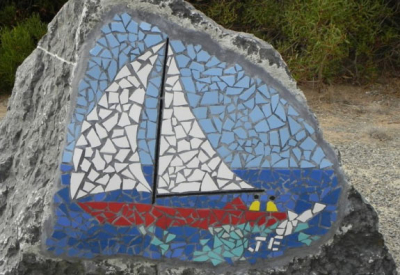 Take the time to follow the fabulous mosaic trail to Sultana Point which is lined with, and forms part of the Walk the Yorke trail.

Walking Trails head north to Coobowie or south to Sultana Point which forms part of the Walk the Yorke Trail. Along the way to Sultana Point you’ll find a mosaic trail with nautical themed mosaic rock art works, interpretive environment and historical signage forming part of this fun trail.

Take a drive down around Troubridge Hill for great scenic clifftop views and on a clear day you can see Kangaroo Island across the water.

Native Flora Park for the bird lovers located in the town centre. 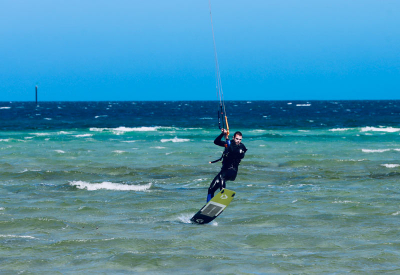 A favourite coastal spot for kite and wind surfing is Sultana Point with annual meets an often occurrence around these waters. Due to the long-curved bay and the SE-SW winds surfer enjoy some great wave sailing. The main season is in the summer months from November to March however many of the locals enjoy riding the winter storms for that extra adrenalin rush. 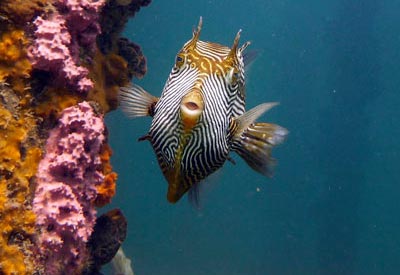 The Edithburgh Jetty, very popular with scuba divers and underwater photographers, with a variety of fish and corals to be found, such as the rare leafy sea dragon and big bellied seahorses.

The seas off Edithburgh are safe and exciting environment for divers, but one notable wreck was the Clan Ranald of 2,258 tons which, fully loaded with bagged wheat and flour destined for London, was wrecked off Troubridge Hill and sank on the night of 31 January 1909 with the loss of 40 men. It remains one of South Australia’s most tragic shipwrecks. Learn more at the Edithburgh National Trust Museum, and see the anchor of the Clan Ranald in the main street.

Twenty-two ships have been wrenched along the coast between Edithburgh and Innes National Park. Today, you can scuba dive to explore the remnants of some of these underwater time capsules in the Southern Spencer Gulf Marine Park. 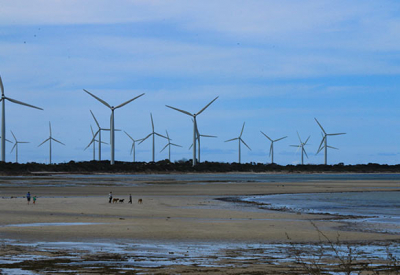 Wattle Point Wind Farm 3 kms from Edithburgh is an imposing site of 55 wind turbines. A viewing platform and information centre is located on Sheoak Beach Road allowing visitors to marvel at the sheer size of the turbines reaching some 68 metres into the sky

Salt Lakes, there are over 200 salt lakes around the Yorke Peninsular district. In the past the lakes were mined for their salt with the industry peaking during World War II, 57,000 tonnes of salt were harvested in a single year. Scatted across the district you’ll find many of these incredible naturally bright pink lakes. The ever-changing colours make an ideal search for the buddying photographers to capture the beauty of this natural phenomenon. 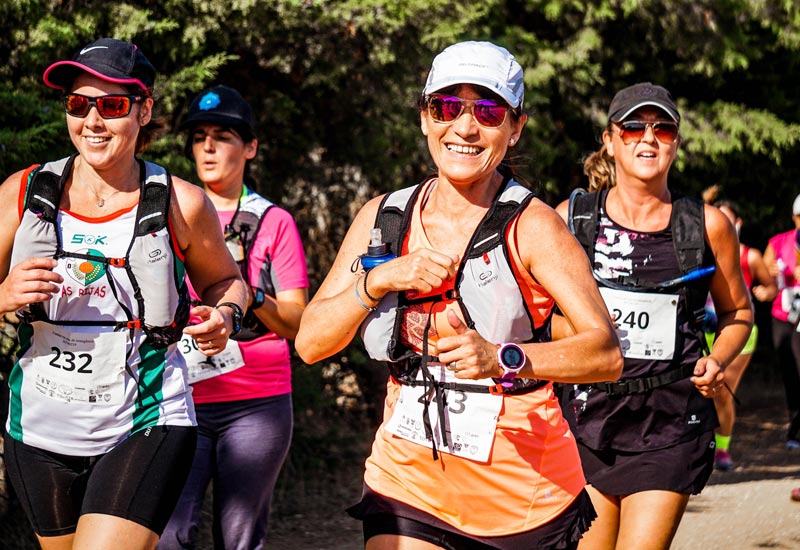